Today I am bringing you an EXCLUSIVE extract from the upcoming novel Horseshoes and Hand Grenades which is scheduled for release on 27th of September via Touchpoint Press. Not only that but I also have all the links to the authors social media below, as well as links to some reviews from other bloggers/media.

Horseshoes and Hand Grenades is available for pre-order in ebook format on Amazon. The novel will be available in paperback and ebook on all major sites on September 27th. 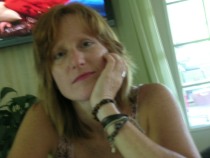 S.M. Stevens began writing fiction during back-to-back health crises: a shattered pelvis (from a horseback riding fall) and ovarian cancer. Her other books are Middle-Grade novel Shannon’s Odyssey and the Bit Players Young Adult series for theatre-loving teens. Horseshoes and Hand Grenades was prompted by the #MeToo movement. Fascinated by the parallels between workplace sexual harassment and childhood incest, specifically how society asks many of the same questions of both types of victim, she wrote the dual narrative of Shelby and Astrid. Stevens has lived in the U.S., U.K. (twice) and Italy, and currently resides in the New England region of the U.S. When not writing, she markets solar energy.

Shelby Stewart is damn sure “mild” childhood sexual abuse by her stepfather—a respected teacher and revered coach—didn’t change her. She succeeds at her new PR job in 1980s Boston but sucks at romance, sabotaging relationships with men her friends insist are not good enough for her.

Shelby’s co-worker, Astrid Ericcson, says she wrote the book on How to Get Ahead by Flirting. But when her boss’s innuendoes escalate to not-so-subtle touching and under-the-table footsie, she finds both her career and her safety at risk.

Together, the women attempt to build their careers, friendships and romances while facing their respective demons. Will they succeed? Or will they spiral out of control?

“Miss Ericsson, two s’s,” I said and then cleared my throat, which was tickling. I hoped I wasn’t catching a cold after last night’s chilly commute home. “First name, Astrid,” I said before he could ask.

“Okay, Miss Ericsson, tell me what happened,” he said, sliding a pre-printed form into his typewriter and adjusting the paper until it was just so. I opened my mouth and closed it abruptly with a small exhalation. Where to start? With last night? A year ago, when I rebuffed his proposition and he tried to get me fired? Or was the real beginning way back when we flirted in my job interview?

“Miss Ericsson,” Rodriguez prompted. “Can you tell me what happened?”

I focused my eyes, bringing into clarity the messy pile of file folders on a nearby desk and a wire trash can half full of Styrofoam coffee cups. Blinking as my head twitched involuntarily, I swung my gaze to Rodriguez’s small brown eyes, his olive skin and his slicked-back hair, which glistened as much as his geometric-patterned shirt.

“I’m not sure where to start. Can I break it down into the five W’s?” I asked.

His eyebrows arched. “The five what?”

“You know, the five W’s, like a journalist asks in an interview. Who, what, when, where and why? And sometimes how.”

He gave a slight eye-roll and a small shrug. “Sure. Whatever floats your boat.” He faced the typewriter.

I crossed my legs, but immediately uncrossed them so I wouldn’t look too casual. I waited for his prompt.

“Go ahead,” he said, looking away from his typewriter and glancing at me. “Tell me who your perpetrator was. You want to start with who, right?”

It took ten minutes to get through the basic details of last night, possibly longer than the assault itself.

“You said he didn’t force you into the coatroom,” Rodriguez said. “So, you went willingly?”

I winced at the picture his words painted. “Not completely willingly. I’ve been avoiding him as much as possible for a while now. But he is a higher up at the company, and he said he wanted to discuss something work-related, even though it was a holiday party.”

“And did he? Discuss something work-related?”

“Okay, so you say once you got to the coatroom, he attacked you.”

“It’s not just what I say, Detective Rodriguez,” I said, staring at the nameplate on his desk and willing my temper to stay even. “It’s what happened.”

He shrugged. “You say potato. I say po-tah-to.”

I resisted the urge to squint at him and turn on my what-the-hell-are-you-talking-about-can-we-please-focus smile.

“Did anyone at all pass by while you were in there?”

I sighed, closed my eyes, and re-opened them. “I couldn’t see much beyond his body—he’s quite tall and was very close to me. I did look out toward the club a few times and didn’t see a soul.”

He stroked his thin mustache. “Tell me again how he got you into a compromising position.”

“He pulled me into the room and—”

“Wait. Stop there for a second. You said this was a coatroom. It’s winter. No one else was around at any time?”

“This one wasn’t being used. It was empty. There’s another coat check near the front of the club.”

“Okay. Continue. He pulled you into the room and—”

“Then he pushed me back and pinned me against the counter. There wasn’t much I could do.”

“I don’t remember. But he had to know I didn’t like it. I didn’t kiss him back or anything.”

“Hmph. Drunk man in a dark club with a pretty woman. Being direct probably would have been a good idea.”

Anger welled in my scratchy throat. “Are you going to keep questioning me about the things you think I did wrong, or are you going to help me?” I hated the quiver in my voice, but then again, maybe it would elicit sympathy.

His eyes swung to my face, then back to his paper. He seemed to be re-reading the entire report, and at an excruciatingly slow pace. Finally, he turned toward me, leaned forward, and clasped his hands between his knees.

“Here’s the thing, Miss Ericsson. It’s your word against his. You have no witnesses. No injuries except a questionable bruise on your arm. There was no damage to the club to suggest a struggle. You’d been drinking— “

“—as I said, you’d been drinking,” he said over my protest. “I know he was too. You said he was drunk. But this is about your credibility. And alcohol weakens our judgement-making ability. It’s a known fact. To press charges and win, you have to be able to prove the lack of consent. You don’t have any proof.”

The room spun a little around me. “So, you’re saying there’s nothing I can do? He just gets away with this? Who knows what he would have done if I hadn’t kneed him in the, in his crotch!”

Rodriguez smiled with half his mouth and sat back in his chair. “I think I know exactly what would have happened. So, it’s good you got away. Be thankful for that, and let the rest go.” My entire body deflated. “You can press charges if you want, but I don’t think you’ll be successful. I’m just telling you the truth.”

“This is ridiculous. He almost raped me!” My throat felt tight as if my windpipe were closing up. “There’s nothing I can do? Nothing at all? What about a jury? I’d be a very credible witness,” I said, dimly aware that several tears had begun a slow journey down my face.

He studied my face again. “Just be glad you were able to stop him. If things had gone further and you had physical evidence, you could’ve had a case. But that would come with a very high price. For one thing, you’d get dragged through the mud if there was a full investigation and maybe a trial. It’s a rough road no matter how much evidence you have.” He leaned in again, resting his hands on his thighs.

“Miss Ericsson,” he continued in a softer voice. “I’m not unsympathetic. Believe me. I have a teenage daughter, and I’d kill anyone who did this to her. But my hands are tied without any evidence or a witness. Spare yourself the pain and disappointment of pressing charges and move on with your life.”

“Move on? Don’t you see my life is different today than it was two days ago?” A small sob escaped from my chest, startling me.

“I understand this is hard. Do you have any friends you can talk to about it? Relatives maybe? That might help.”

“Yeah. Maybe.” I collected my coat and purse and stood up. I came for justice and got resistance, doubt, and suspicion. My chest ached as I held in more sobs.

“I do believe you, for what that’s worth,” Rodriguez said, as if he’d heard my thoughts.

I nodded, afraid to speak for fear I’d burst into tears. I turned and rushed out of the police station, as sullied and out of control as I’d been in the coatroom the night before.

Rae’s Reading Lounge — “Horseshoes and Hand Grenades tells a story in alternating viewpoints of the harassment that women face daily, on the street, at work, anywhere public really. It ranges from heartbreaking to infuriating and all the feelings in between….The underlying message of strength and hope is a strong one, and I think that will shine through for readers.”

Laura Davis, Co-Author of The Courage to Heal — “Any sexual abuse, no matter the form or degree, impacts the victim. Stevens portrays this beautifully in this exploration of a young woman’s coming to terms with her past. And the parallel story of a woman grappling with workplace sexual harassment underscores the similarities in how society treats both types of victim.”

S.D., Advance Reader Review — “Reading this book, I felt kinship with the women, having had similar experiences. If this story gives just one woman the courage to speak out, or gives just one man a compassionate insight into how women cope with harassment but have the strength to maintain their lives (constructively and destructively), it will be a success.”

Kimberly Coghlan, Coghlan Professional Writing Services — “Horseshoes and Hand Grenades delivers a realistic portrait of women and their struggles. Surprisingly enough, Stevens manages to turn a hefty topic into an approachable one by way of a riveting read. As a woman who has endured workplace sexual assault, I particularly related to the authentic feelings of frustration, doubt, and trepidation that the characters in this novel experience.

“Every American should read this novel, as each character is someone you know. She is your mother, your sister, your daughter, your friend. She is your neighbor, your coworker, your aunt. She is you… In addition to being a page-turner, Horseshoes and Hand Grenades is a true-to-life tale of love, friendship, and betrayal. “

Horseshoes and Hand Grenades is available for pre-order in ebook format on Amazon. The novel will be available in paperback and ebook on all major sites on September 27th. 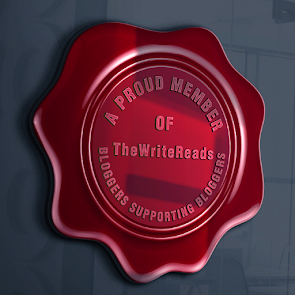 #currentlyreading #DexterInTheDark while drinking coffee from my new french press. Can confirm that the #costacoffee I got a sample bag of is very nice.
Book 11 of 2021 was #SingaporeFire by Murray Bailey - this is the latest book in the #AshCarter series but it can be read as a standalone. Here's an extract from my review on the blog-
My sister @celineormston sent me this first thing this morning - a better wake up call than coffee 😂😂😂
Thank you @samplify_irl for the awesome sample pack! My daughter jumped for joy when she saw the mini eggs 😂😂 #samples #carlsberg #costacoffee #ribena #wellman #jointace #minieggs
Book 10 of 2021 - My review of #theministryforthefuture is up on the blog now. It's too long to fit here so you can check it out there
Book 9 of 2021 - #TheftByFinding by David Sedaris